a Comedy by William Shakespeare

Ephesus Studios- a 1920s Hollywood film studio was the setting for Comedy of Errors, where 2 sets of identical twins and the silent film eras favourite actors and characters collided!

MUCH ADO ABOUT NOTHING

a Comedy by William Shakespeare

World War II has been raging for years- but in the countryside the boys are home for some much needed convalescence, and the focus is on the moments of escape- not the distant air-raid sirens. 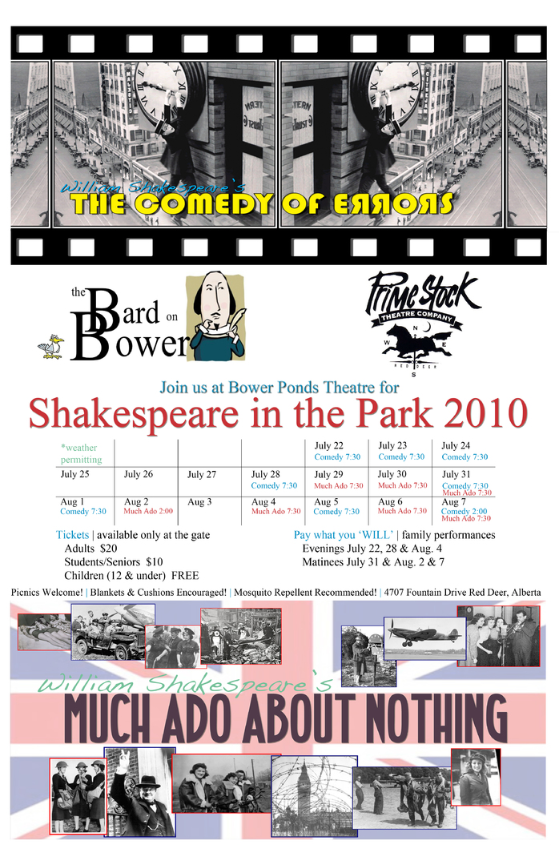