BARD in a BOX TOURS: June 20th – August 11th (with select peformances on the stage at Bower Ponds)

-Stay tuned for details on how you can preorder a picnic from the Cronquist House to go along with select performances!

The TEMPST – Director: Ben Blyth (of The Malachites / Edmonton/ London)

"Oh, Brave new world, that has such people in’t”

Shipwrecked on the magical isle of Prospero, love-lorn Ferdinand and sheltered Miranda discover the wonder of love in a Brave new world. Retribution and forgiveness clash in the spirit world of Ariel and Caliban

“We are such stuff as dreams are made on!"

“Screw your courage to the sticking place”

A desperate warrior yearns to become king. His destiny foretold by witches, and encouraged by his aspiring wife, MacBeth exercises ruthless dominion over troubled Scotland, and pays the price for his ambitions.

“MacBeth shall sleep no more”

BARD in a BOX – the touring company - condensed (45 minute) retellings of the popular summer romps, set to tour the civic parks of Red Deer and the surrounding County. Cast size of 4-5.

A Midsummer Night’s Dream (45 minute version) - Director Thomas Usher
Helena and Hermia and their suitors run away, and run afoul, in a mysterious woodland realm of the faery king and queen. Meanwhile, local would-be actors rehearse a bizarre play in a nearby glade with asinine results.

“Lord, what fools thee mortals be”

“I am to the world like a drop of water, that in the ocean seeks another drop”

Separated at birth, two sets of identical twins encounter each other’s servants and families by chance. Unaware of what ties them together, they now must untangle whatever kept them apart.

“One of these men is genius to the other”

Bard in a Box Schedule here 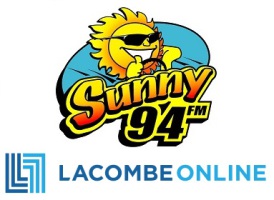 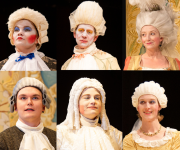