A TRAGEDY BY WILLIAM SHAKESPEARE

“O what a rogue and peasant slave am I” - Hamlet

Set against the backdrop of 19th century industrial boom, Hamlet is charged by the ghost of his dead father – a baron of big industry – to avenge his untimely death.  Playing with madness, driven by his passions and alienating his friends, Hamlet discovers the deadly dangers of his quest to uncover the truth, and his failure to act.  In the end, the people he loves dearest will die to uncover a lie that is fed by greed and corruption.

A COMEDY BY WILLIAM SHAKESPEARE

“Lord, What Fools these Mortals Be” - Puck

Its Shakespeare meets MAD MEN meets Woodstock. Set in 1960’s New York, A MADsummer Night’s Dream places the court of Theseus in the boardrooms of Madison Avenue, where men and women practice the art of persuasion amidst clearly defined gender roles.  Escaping the excesses of power and glamour, four Young Lovers run to Central Park where they become immersed in the counter culture of the Bohemian “free love generation” and experimental hallucinogens.  Meanwhile, nearby, the antics of local tradesmen are pranked as they to attempt to rehearse their community play, and the hilarious actor ‘Bottom’ finds himself made an ass for the enjoyment of others. And all set against the music of the 60’s!

“Methinks I am marvelous hairy about the face” - Bottom 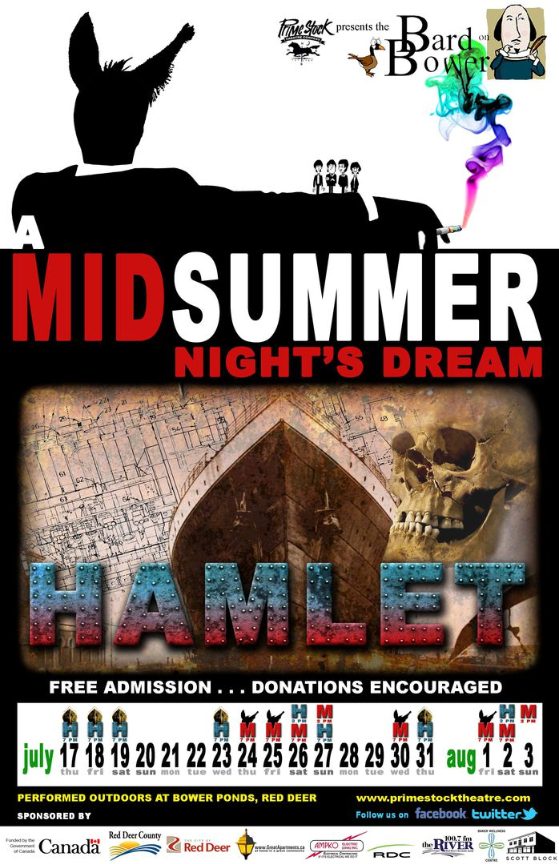